Steelers fans will have a chance to try their hand at their favorite card game while supporting their football team, all packed into a single highly engaging and fun experience.

The game was launched at Unibet as part of the existing partnership between the casino operator and the NFL team, which was forged earlier in the year. Players will have a chance to play the game of blackjack in a real casino setting with real dealers through a live stream and interact with the game using a modern Steelers-themed interface.

The partnership between the two, which has now extended to this new live casino title, has already seen Unibet power the Unibet Tailgate Zone at Steelers home games and a chance for fans to meet Steelers legends at the stadium.

Steelers fans also have an opportunity to win jerseys and other memorabilia signed by their favorite Steelers, as well as trips to the Steelers Hall of Honor event through the Steelers Mount Rushmore sweepstakes, organized by Unibet.

“We are excited to expand our partnership with the Pittsburgh Steelers through the new live dealer Blackjack game,” said Manuel Stan, senior vice president for Kindred US. “Our Pennsylvania customers are highly engaged with both our casino and sportsbook products and deserve a best-in-class experience. Through this game, we’re able to provide them with a new, interactive way to play with Unibet.”

Pittsburgh Steelers Blackjack will be available only to players in Pennsylvania, and can be played via the operator’s website, as well as its Android and iOS mobile apps.

Unibet partnership with the Steelers

After partnering up with the Philadelphia Eagles last year and launching Eagles-themed blackjack and slots games in October 2020, Unibet entered a similar partnership with the Pittsburgh Steelers in August 2021, just ahead of the new NFL season.

This partnership made Unibet a major player in the Pennsylvania sports betting market, partnering up with both local NFL teams and reaching out to millions of fans statewide. The partnership included a wide range of mutual activities, including social media collaboration, sweepstakes and the launch of the new blackjack game, to name just a few.

“We are excited to partner up with one of the most beloved professional sports franchises,” Stan said of the Steelers partnership. “With a great history and bright future ahead, the Steelers have incredibly passionate and engaged fans. This is an exciting step in Western Pennsylvania for us.”

The launch of the new Steelers themed blackjack game is the latest in a series of
such games, as the operator launched Eagles Blackjack and The Eagles Online Slot earlier in the year.

The marketing potential of these games has been working exceptionally well for both sides, with sports fans rushing to engage with themed games and the teams reaching out to their fan base in yet another way.

As Unibet continues to launch sports themed games on their platform, other operators will be looking to take similar steps and partner up with professional sports teams across regulated sports betting and iGaming markets in the US. 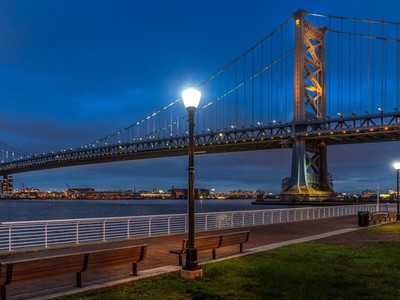 PA regulator confirms Australian bookmaker will be on the Hollywood Casino York license, under agreement with Penn National Gaming.

The first six events in the online poker series have far exceeded their guarantees, generating almost $400k in prizes.