BetMGM has signed a partnership agreement with the Pittsburgh Pirates, which will see the operator actively advertise at the PNC Park and more.

The MLB team is set to promote BetMGM via its digital and social channels, which have millions of followers. The operator will also have promotional materials placed on the Pirates’ stadium in strategic marketing spots, including the left field wall and behind home plate.

“Our partnership with BetMGM is one that we are extremely proud to announce,” said David Burke, Pirates Executive Vice President of Sales and Business Development. “We are incredibly excited to partner with such a respected and innovative brand. It allows us the opportunity to provide a unique platform for our fans to engage with Pirates baseball like never before.”

Matt Prevost, chief revenue officer for BetMGM, said the operator has seen “tremendous success” since it launched in Pennsylvania last December. “Growing our presence across the state, in partnership with the Pirates, is a top priority and we look forward to providing Pittsburgh’s passionate sports fans unique promotions and benefits only available on BetMGM,” Prevost said.

BetMGM, one of the leaders in the online gaming industry in the US, is a partnership between Entain and MGM Resorts International.

Pirates are Latest in String of PA Partnerships

Since its Pennsylvania debut, BetMGM has formed several strategic partnerships with sports teams across the state.

A partnership with the NFL’s Pittsburgh Steelers was announced in November 2020, before BetMGM’s gaming app was even launched to players in Pennsylvania. BetMGM thus became the Steelers’ first ever gaming partner, and the deal saw the operator advertise through a series of Steelers owned channels, both live and online.

Just a few days after launching in Pennsylvania in December, BetMGM signed a separate partnership agreement with the NBA’s Philadelphia 76ers, another key partnership for their growth in the Keystone State. As part of that deal, the operator signed they would launch 76ers themed promotions, create 76ers themed games, and promote their operation through the team’s marketing channels.

BetMGM partnerships with major sports teams in the state are part of a strategy to actively court players in Pennsylvania through all possible channels.

Players who do decide to join BetMGM, whether it is through a Pirates ad or other channels, can claim a valuable new player bonus in the form of a $600 risk-free bet that’s available to all.
New and existing users can also enter the Hit the Cycle promotion, which BetMGM organizes as the official betting partner of MLB.

Parlay boost tickets and free parlay bets are available to the players who place parlay bets on MLB games, with plenty of value for every user who decides to participate.

If you are going to bet on MLB, remember that you can also use the Walk-Off Insurance at BetMGM to the tune of $25. Simply opt into the promotion and receive your money back if you lose your bet due to a walk-off hit. 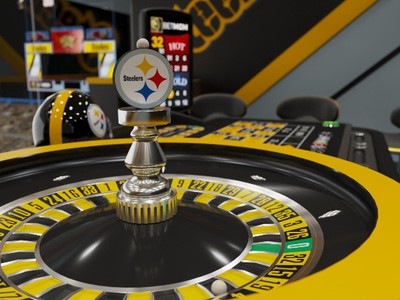